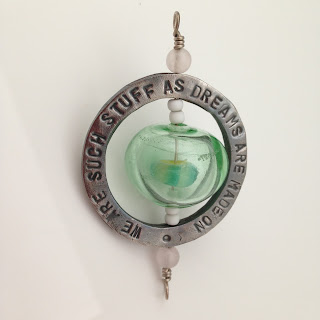 By the way, that beautiful bead within a bead in the photo is by Carter Seibels.  If I recall correctly, she mailed it to me after I won a contest she was holding to name one of her pieces ("Geometric Safari").  The more I look at that element, the more I think I should go ahead and design a necklace around it.  Carter's bead is seriously too lovely to waste.
Posted by Melissa J. Lee at 1:39 PM No comments: